Over 20k professionals from 45 nations, including top chefs and experts from the hospitality and tourism industry are converging at the Kuala Lumpur Convention Centre from Sept 20 - 23 for FHM 2011, the 11th Malaysian International Exhibition of Food, Drinks, Hotel, Restaurant & Foodservice Equipment, Supplies, Services & Related Technology. Held concurrently with FHM 2011 is Culinaire Malaysia 2011, the region's largest culinary competition as well as Halal Food Asia 2011, Bakery & Confectionery Malaysia 2011 and the ASEAN Hotel & Restaurant Association Conference 2011.
FHM 2011 and Culinaire 2011 were officially launched by Y Bhg Dato' Ong Hong Peng, Secretary General, Ministry of Tourism, who represented Yang Berhormat Dato' Sri Dr Ng Yen Yen, Minister of Tourism Malaysia. Alun Jones, GM of MEXS said " a total of 1k exhibitors from 45 nations and an estimated 20k visitors are expected at this premier show. The spin-offs to the Malaysian economy under MICE sector will be positive and boost the Tourism Ministry's targeted 25 million arrivals in 2011 and RM60 billion in tourism receipts.

Based on figures from Tourism Malaysia, the 24.6 million tourists who visited Malaysia in 2010 spent about RM56.5 billion. Alun Jones envisage that the overseas participants and visitors, estimated at around 3k will take the opportunity to visit the other attractions of Malaysia after FHM 2011 is over.

Some of the key players in the industry taking part in FHM 2011 from both local and international scenes include brand names such as :-
Among the international groups, Taiwan will be the biggest ever with the participation of 36 companies organized by TAITRA - Taiwan External Trade Development Council with the objective to promote manufactured Taiwanese food and food products in the Malaysian market.

Other international groups include companies from ;-

FHM will also feature Malaysian celebrity chefs, Dato' Ismail Ahmad and Florence Tan who will conduct live cooking demonstrations at selected exhibitor's booths during the show based on a fixed programme, utilizing ingredients and equipment of the exhibitors to cook breakfast, lunch and early dinner daily at different booths. 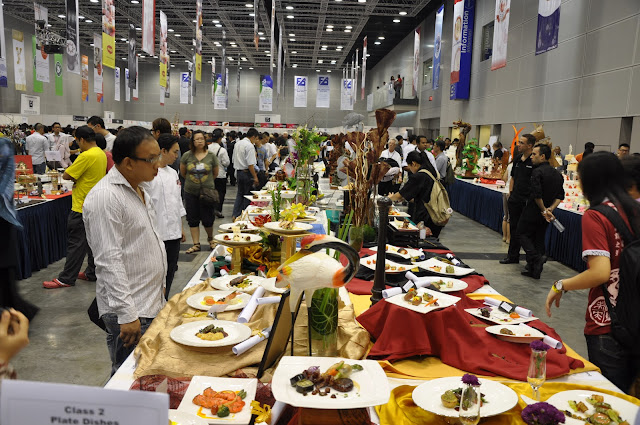 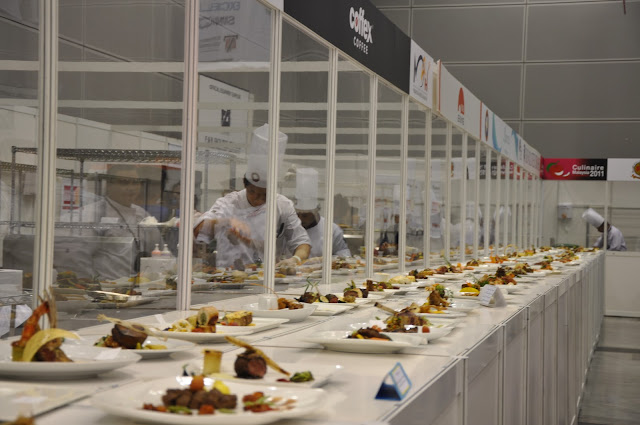 For wine connoisseurs and those who want to learn more about wine appreciation, the Sommelier's Association of Malaysia will be holding a wine appreciation session on Sept 21 and 22 conducted by sommeliers Edmund Liew and Han Yew Kong. They will be demonstrating the roles of sommeliers in a restaurant in a fine dining restaurant set-up, specifically on wine decanting and wine services, champagne opening and so on.

Meanwhile Culinaire Malaysia 2011 will see the participation of over 1k chefs, bartenders, F&B personnel from hotels and restaurants, students of culinary academics and international teams competing in over 1,300 classes of competition. You can be assured of spectacular culinary skills as the chefs whip up gastronomical feasts in their quest for the championship titles.

FHM 2011 is opened from 10.00am - 6.00pm daily from Sept 20 -22 and from 10.00am to 5.00pm on Sept 23. The exhibition is opened to professional, trade and business visitors only. For more information on visiting the show, please contact enquiry@mesallworld.com or visit www.foodandhotel.com.