THE MOST HUMANE PRISON IN THE WORLD !

Prison Fengsel Halden, which opened on April 8 in Norway - a set in the woods, where there are a recording studio, jogging track and a cottage for family visits, writes American magazine Time. "Unlike many American prisons, hanging in the air does not smell of sweat and urine. On the contrary, from the kitchen, where inmates are taught cooking, the smell of orange sherbet, "- says journalist William Lee Adams.

In the paintings, photographs and lighting have been spent about $ 1 million - all to reduce the psychological pressure. According to the graffiti artist from the prison Dolka information booklet, these wall drawings "should give some positive stay in prison." Authorities are hoping that this will give the prisoners a sense that they are taken seriously. 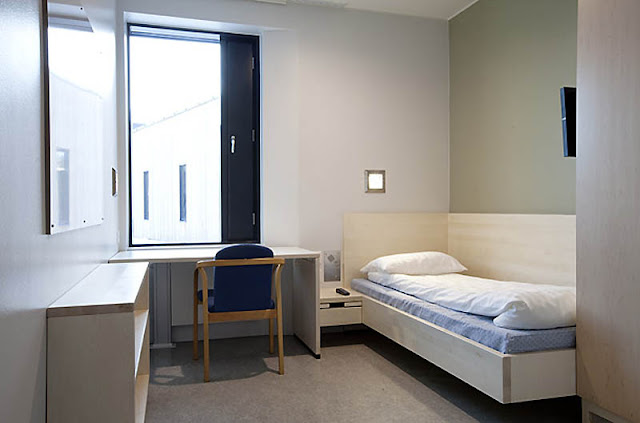 The maximum term of imprisonment, even for murder, 21 years old. Because prisons are trying, as much as possible to resemble the world beyond its walls. The prisoners have to go back into society, and prisons are preparing them to do so. Each cell Halden has a bathroom with ceramic tile, small refrigerators, and flat-screen TVs. The authorities believe that such a TV can not hide drugs or contraband. 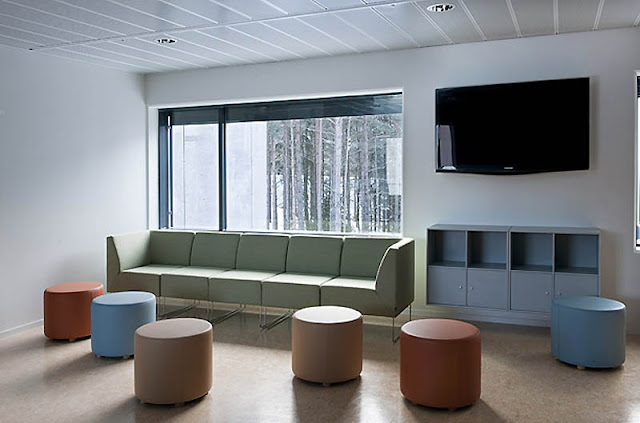 At every 10-12 cells have a kitchen and a room where prisoners are preparing dinner and relax after a hard day of work. By the way, none of the windows do not Halden lattices. 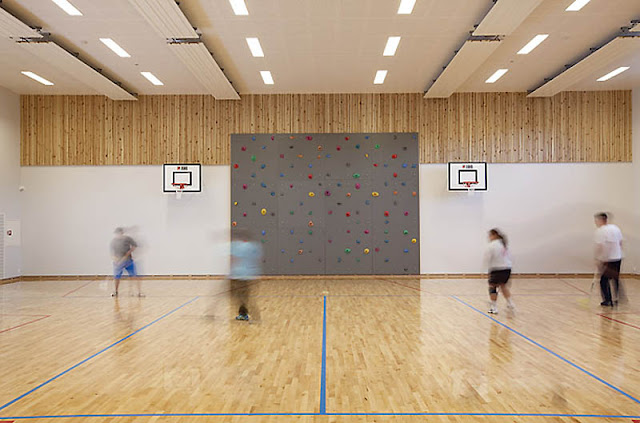 Conservancy organizes leisure time inmates from 8 am to 8 pm. This is not only an attempt to involve the prisoners to some occupation, but also part of the strategy in prison - the prisoners who have a hobby are not likely to disrupt their anger on the Protection and each other. There is a playground for basketball, with a special coating, a climbing wall, jogging and soccer field. 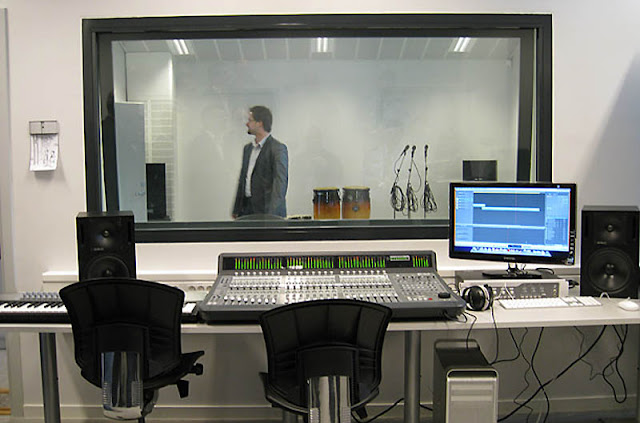 In prison, there is even a recording studio with professional equipment. Music teachers never call their wards prisoners, but only students. The prisoners are taught to play guitar, piano, bongos and other instruments. The three singers of the choir of Halden participated in the Norwegian version of American Idol. The prison wants to record this year, a musical, in which all play a role of prisoners. 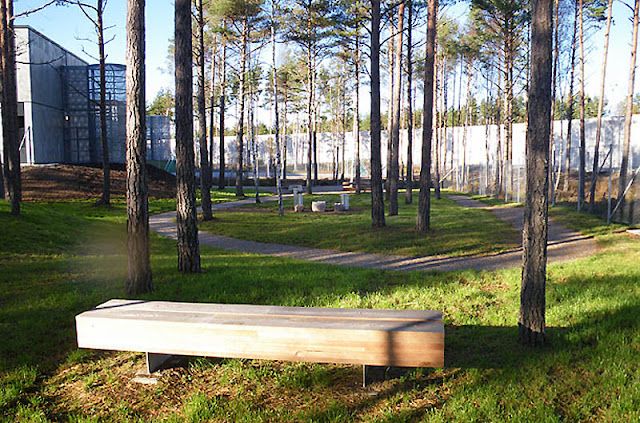 The architects who created Halden, preserved trees in the prison, so they covered the 20-foot wall around the perimeter. So did that prisoners do not feel trapped in a cage. One of the architects explained the desire to show the beauty of all prisoners of the seasons. Around the treadmills are benches and tables for chess. 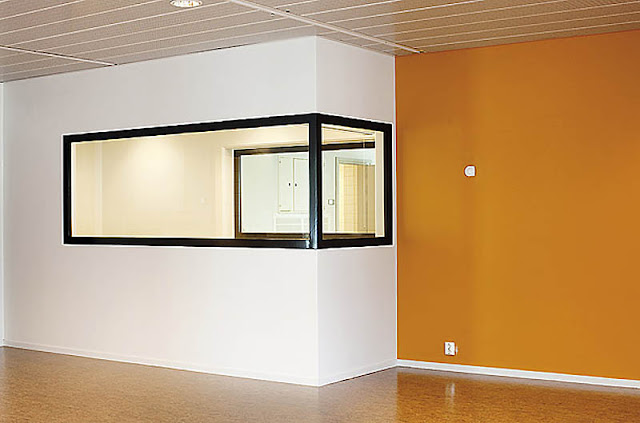 Exterior painted in prison shades of brown, thus diluting the building in the surrounding forests. But in this riot of colors. To create in order to create a sense of diversity, to arouse different feelings of prisoners, the leadership of Halden has hired an interior designer, who used 18 colors. Muted green painted walls cameras. This creates a soothing, comfortable atmosphere. The walls of the library and other facilities for work are painted orange, it gives strength. Guest house with two bedrooms, a family in which prisoners can provedyvat them painted bright red. 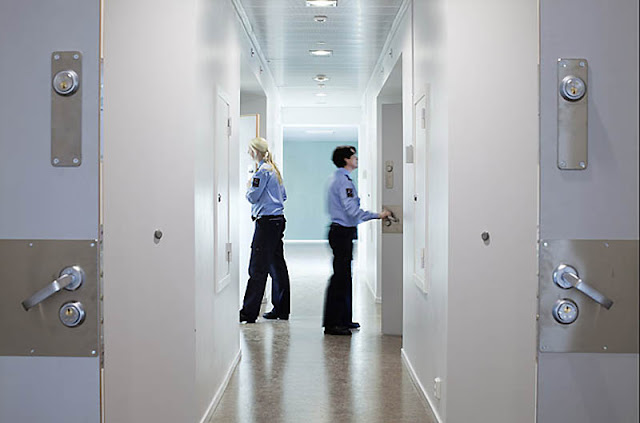 The prison guards are in Norway , two-year training course in the officers' academy and get more privileges, unlike their counterparts of the UK and the USA . Since the description of the robot guard says that the protection should motivate prisoners to their rehabilitation was complete as possible, the guards often have lunch with the inmates, as well as in sports. By the way, Haldene half of the guards - a woman. According to authorities, it reduces the tension between guards and inmates and pushing a good conduct. 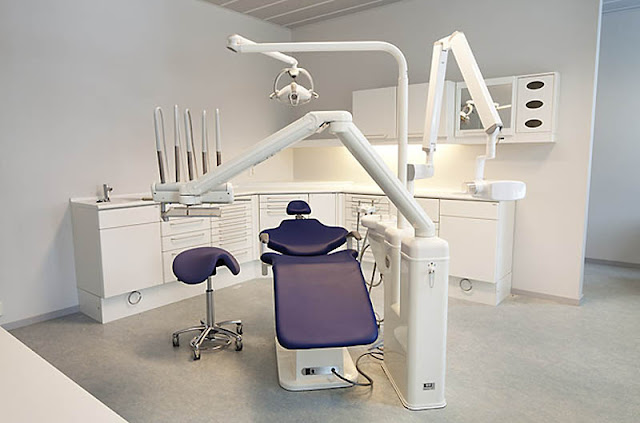 Prisoners in Norway lose the right to freedom, but not for treatment. Municipal dentists, doctors, nurses, librarians, and even served jail. Sam Halden also boasts a small hospital and dentistry. 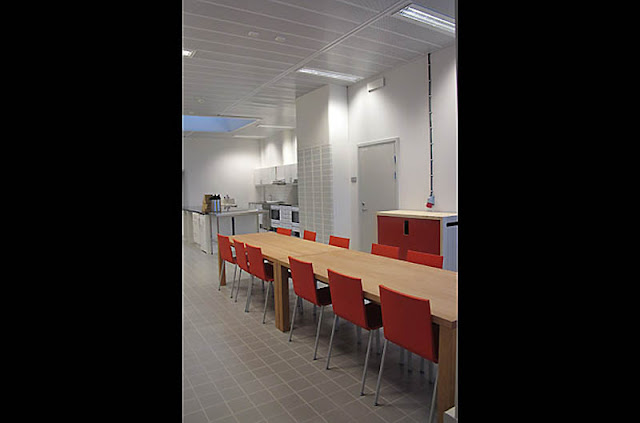 To help prisoners cope with the routine and monotony of prison life, the designers have arranged workshops and other recreational facilities within the prison. In this "kitchen laboratories" inmates learn the basics of healthy eating and cooking. This evening the prisoners were prepared orange sherbet. In prison, inmates can take courses the chef or waiter.

Nava K said…
Kudos to Norway for treating their prisoners as humans. Probably this will make the prisoners realize that despite whatever they did, they are given the chance to learn valuable lessons in life.

Wonder which part of Norway is the prison because I am now in Oslo and covering other parts of Norway as well from tomorrow. See whether I have the time to squeeze this place in between the rest I have lined up to see and experience.
25 August 2012 at 02:16

Unknown said…
Everybody makes mistakes but it is not fair for us to judge them. There is always a second chance right ? How nice if in Malaysia we can find such of nice prison which concern more about the humanity . If I am not mistaken the prison located about a 100 km south of Oslo. Wish you a safe journey over there.
25 August 2012 at 14:19